The global economic crisis started first in the U.S. housing market. Millions of homeowners are currently behind on payments or facing foreclosure. Here’s what happened and who’s responsible.

Optimism has traditionally played a big part in fueling the American economy. A large part of that optimism was the dream of owning a home. In addition to intangible benefits like a feeling of security and a sense of permanence, home ownership has also traditionally offered more substantive advantages, like tax savings and the rewards of investment.

Until the past decade, buying a home usually required years of savings.  In the recent past, however, buying a home got much easier. Home values were increasing exponentially, and it seemed that everybody knew people who had made a fortune on their home.  Home ownership was touted for strengthening communities, providing a built-in savings plan, contributing to the tax base, creating construction jobs and stimulating the lending and service sectors. As the real estate market continued to flourish, financial firms found new ways to tap into the prosperity. One of the things they did was to create complex mortgage-related financial instruments to lure investors.

The home improvement industry flourished as well, with purchases and improvements often being financed by second mortgages, sometimes known as home equity loans or home equity lines of credit (HELOCs). These physical improvements, like anything relating to home ownership, were also seen as good investments. Between 1997 and 2006 the price of the typical American home increased 124 percent.

Home ownership, it seemed, offered something for everyone: borrowers, lenders, investors, even government. Each of those entities played a part in creating the situation we’re in now.

Starting in the 1990s lenders began bumping into financial regulations that made it hard to loan money to everyone who wanted to buy a home. At the time the traditional safeguards used to evaluate potential borrowers seemed outdated. In fact, a key change in financial laws passed in 1999 was called the Financial Modernization Act.  It got rid of regulations that were put in place during the Great Depression, such as those that prohibited a bank from offering investment, commercial banking and insurance services under one roof.

In times like these it can be easy to forget why subprime mortgages seemed like such a good idea at the time, but they did help many Americans get into a home.  Between 1994 and 2004 U.S. home ownership reached an all-time high of 69 percent.

As early as 2006, after years of escalating property values, home prices began to decline.  Suddenly, homeowners who had counted on a continuing increase in property values found themselves in markets where their home values started decreasing. They couldn’t sell, refinance or cash-out the equity in their homes the way they might have planned. As homeowners stopped paying their mortgages, the banks that counted on those payments began to flounder. With many banks in a state of financial difficulty and many homeowners struggling to make their mortgage payments, the effects were soon felt around the globe.

If you’re a homeowner in trouble, you’re not alone. You have options. Find out what’s being done as lenders work with federal and state agencies to stabilize the housing market. 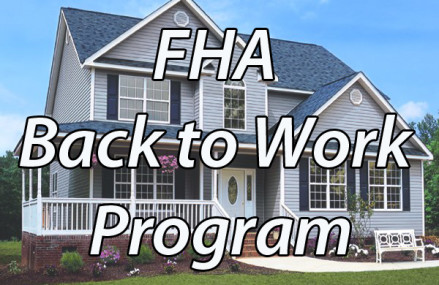 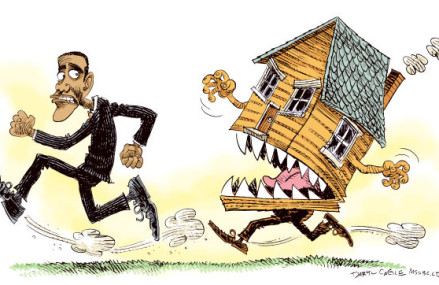